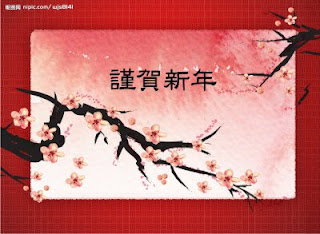 Welcome to the Year of the Rabbit
Happy New Year to all my Asian students who may all be celebrating in a different way - even on skype as they talk to or bow to their families. As we all know , Chinese New Year,  also known as the "Lunar New Year" or the "Spring Festival"-- falls on a different date each year, ranging from late January to mid-February (based on the second new moon after the winter solstice.) Unlike our western New Year, celebrations aren't tightly focused on one date. The big day itself may be but festivities often occur on weekends before or after that date.
Here are some of the ways you can celebrate Chinese New Year (the New Year begins on February 3rd in 2011. It is the Year of the Rabbit): 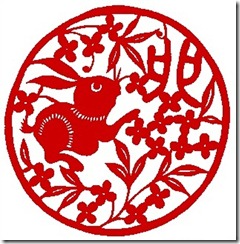 What gives a certain food symbolic significance? Sometimes it is based on appearance. For example, serving a whole chicken during the Chinese New Year season symbolizes family togetherness. Noodles represent a long life; an old superstition says that it's bad luck to cut them. Both clams and Spring Rolls symbolize wealth; clams because of their resemblance to bouillon, and Spring Rolls because their shape is similar to gold bars.
On the other hand, a food may have special significance during Chinese New Year because of the way the Chinese word for it sounds. For example, the Cantonese word for lettuce sounds like rising fortune, so it is very common to serve a lettuce wrap filled with other lucky food. Tangerines and oranges are passed out freely during Chinese New Year as the words for tangerine and orange sound like luck and wealth, respectively. And let's not forget pomelos. This large ancestor of the grapefruit signifies abundance, as the Chinese word for pomelo sounds like the word for "to have."
Fish also play a large role in festive celebrations. The word for fish, "Yu," sounds like the words both for wish and abundance. As a result, on New Year's Eve it is customary to serve a fish at the end of the evening meal, symbolizing a wish for abundance in the coming year. For added symbolism, the fish is served whole, with head and tail attached, symbolizing a good beginning and ending for the coming year.
And what about the sweet, steamed cakes that are so popular during the Chinese New Year season? Cakes such as Sticky Rice Cake have symbolic significance on many levels. Their sweetness symbolizes a rich, sweet life, while the layers symbolize rising abundance for the coming year. Finally, the round shape signifies family reunion.
So if you missed the fireworks and celebrations on New Year's Eve, don't worry - you'll have another chance to celebrate. Chinese New Year falls on February 3rd in 2011. It is the Year of the Rabbit.

ALL ABOUT THE RABBIT 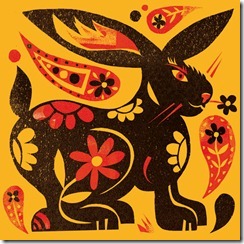 Rabbits are private individuals, a bit introverted and withdrawn. People e born into this sign would rather work behind-the-scenes instead of being the center of attention in any situation. Do not misunderstand…the Rabbit is not a recluse. In fact, he is a reasonably friendly individual who enjoys the company of a group of good friends whether at a business dinner or a holiday party. Rabbits just like to be a part of the gang as opposed to the leader of it.
Years of the Rabbit
Rabbit Years are fourth in the cycle, following Tiger Years, and recur every twelfth year. The Chinese New Year does not fall on a specific date, so it is essential to check the calendar to find the exact date on which each Rabbit Year actually begins.

THE SIGN OF THE RABBIT
Rabbits, like their animal counterparts, are quite calm people who do not exhibit aggressive behavior and will avoid confrontation at all costs. When angry about something, a Rabbit will approach it calmly and considerately, hardly ever raising his voice or becoming visibly annoyed. Because of their serenity, Rabbits seem to miss things, whether they are confrontational in nature or not. However, the Rabbit is quite keen and pays close attention to the situations developing around him. He is intelligent and quick and can talk himself in or out of most situations with no problem.
The Chinese Rabbit is one of the most stylish creatures of the Chinese Animal Signs and finds interest in different cultures. He is classy and sophisticated, and can be found adorning one of the latest fashion magazine cover looks. Rabbits also like artistic ventures, such as painting and music and are generally quite present in these worlds. They love top express themselves, which is evident when joining them at home for a function or a cup of coffee.

RABBIT FACTS:
People born in the Year of the Rabbit share certain characteristics. The Rabbit Sign is an abbreviated way of characterizing that individual’s personality. Following are features associated with the Sign of the Rabbit.
Fourth in order, Chinese name-TU, sign of peace
Hour—5am-6:59am Month—March
Western Counterpart—Pisces

Posted by Michelle Morissette at 3:04 PM