Dutch Man Cleans Up Entire Riverbank on his Way to Work 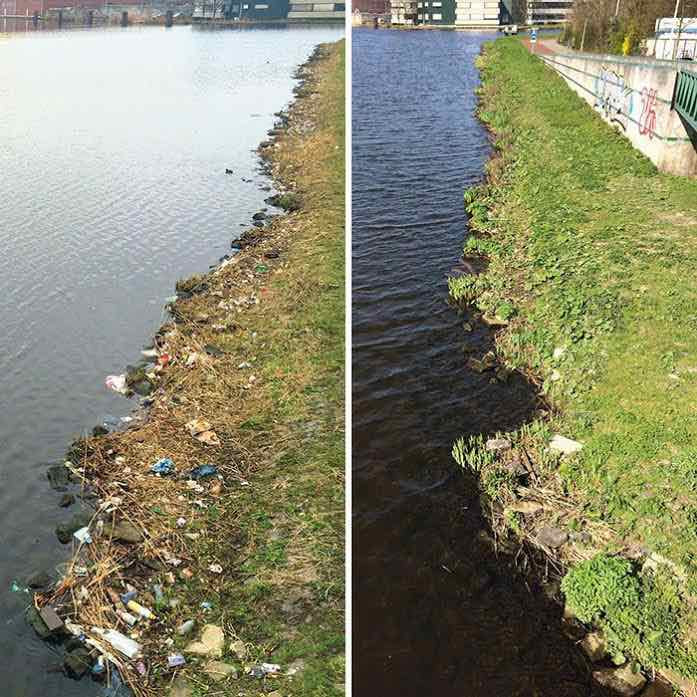 Tired of having the beautiful river view along his route to work spoiled by mounting trash on the bank, a Dutch man decided to start picking up litter during his daily commute.
“It took me about 30 minutes to fill one garbage bag with trash, but one bag doesn’t make a dent in a place as polluted as this,” Tommy Kleyn said of the stretch of river in Rotterdam, Netherlands. “I vowed to fill one bag of trash each day as I passed this spot.” 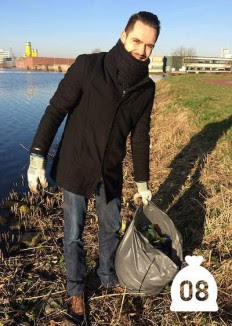 Klein photographed his progress, mapped it on a Facebook Page. He was able to clear a short stretch of the river bank by himself in six days and, soon, people on the nearby bike path were joining him and his friends to collect a total of 22 bags of litter.
“The idea is to motivate people to fill one garbage bag with litter each year,” he posted to Imgur. “It only takes 30 minutes, it really makes a difference and you will be amazed about how good you feel afterwards.”
After reading his posts about cleaning up the river bank, people in Skagen, Denmark, picked up more than a ton of plastic waste from their beach. And back along the riverbank, Kleyn got an unexpected reward — a Eurasian Coot started nesting in the stretch of the river he cleaned.\ 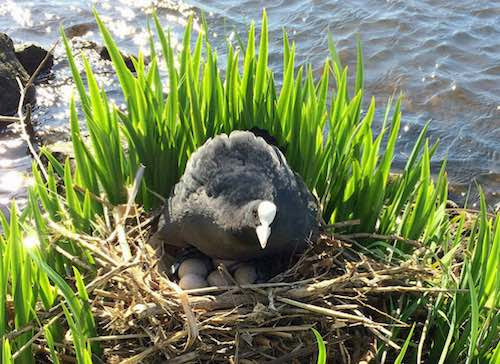 Posted by Michelle Morissette at 12:00 PM No comments:

ESL Song Activity : Be the Change - An Environmental Rap Song

Here's a rap song activity  about the environment and what you can do to save the earth. It was written and performed by a group of young people called Earth Warriors.  To learn more about Earth Warriors, read the previous post, or go to the group's website to watch the group-'s many videos.

Practice your speaking by discussing the questions at the end  of the listening activity.

Posted by Michelle Morissette at 4:27 PM No comments:

Xiuhtezcatl Roske-Martinez is only 14 years old, but he's committed to changing the world.

The Colorado teen is the youth director of Earth Guardians, a nonprofit that encourages young people to connect and become involved in environmental activism.

Through a variety of demonstrations and projects -- including an eco hip-hop duo that he created with his younger brother -- Xiuhtezcatl works to engage other youth leaders and share important environmental issues. The brothers have produced songs like “What the Frack?” and “Speak for the Trees” to deliver these messages in a way that is fun and accessible for other young adults.

There are Earth Guardian teams in 25 different countries around the world, each working on projects specific to their own region but focused on the planet as a whole. On Sunday, the Earth Guardians crew in Togo, West Africa, organized a tree planting and community celebration in anticipation of Earth Day. Last summer, the Australian group held a Youth Environmental Awareness Day. The New York crew holds a weekly youth open mic night at a farmer’s market. All of these projects seek to join young people together to make the Earth sustainable.

“As young people we have the advantage that the world will listen to us more so than adults,”
Xiuhtezcatl says. “Because we’re vulnerable and we’re innocent.”

His work has led him to speak in front of world leaders at United Nations forums, and earned him the 2013 “Youth Change Maker of the Year” award from President Obama. This summer he'll travel National Geographic on an Arctic expedition to study glacial recession.

“The biggest challenge we face is shifting human consciousness, not saving the planet,” Roske-Martinez says. “Because the planet doesn't need saving; we do.”

Posted by Michelle Morissette at 4:15 PM No comments: