Improve your Writing: Add Some Action

English is a verbing language. We like to put action into our sentences, and to say things as clearly and directly as we can. As a result we use use a lot of verbs to get our message across.

If you want to improve your writing, stop using all those abstract nouns in your writing and replace them with the real verbs they often come from.
Abstract nouns are words for things you can't touch or see such as discovery, agreement, observation, and development. They  come from verbs such as discover, agree, observe, and develop. When  you turn a verb into a noun, you nominalize it, creating nominalizations.

When you nominalize the action of a sentence, you reduce the clarity of the sentence because  hide the action in a noun instead of letting the action of the sentence remain in the verb.This creates sentences with a lot of unnecessary words. Most readers find it easier to understand clear sentences in which the subject is the "doer", and the verb conveys the action. They don't want to have to read the sentence several times in order to get the point.

Consider these examples:
1  Little Red Riding Hood’s suggestion was that the wood chopper complete the killing
of the wolf with quickness.
Little Red Riding Hood suggested that wood chopper quickly kill the wolf.
2.   We had a discussion on disciplinary actions parents should take on their children.
We discussed how parents should discipline their children.

3.   There was agreement in our group.
Our group agreed.
Do you notice how in each example, the second sentence is much clearer and direct than the first? .

Five Types of Nominalizations
Here are some ways in which nouns are overused. You may think you sound  more "academic." Unfortunately, the result is the opposite. You simply sound pompous  and wordy - without clearly communicating your meaning.

2.  Nominalization follows "there is", "there are"
There was  erosion of the land from the floods.
The floods eroded the land.

5.   Linked nominalizations
The cessation of hostilities was because of their personnel losses.
They ceased hostilities because they lost personnel. 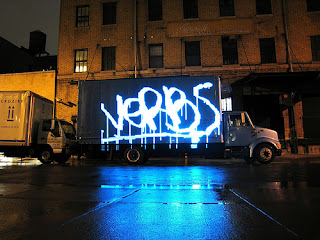 More examples:
Here are a few more examples of how you can turn abstract nouns into real action verbs, which will strengthen your writing and make it more readable.


What do you think about this?  Let me know.


Posted by Michelle Morissette at 12:59 PM