All  over the world most people believe that Canadians spend a lot of time outdoors. But, unfortunately, they are wrong.

But, today on World Earth day - a day when we’re supposed to be celebrating the earth -  a new survey has revealed that Canadians are spending less time in our parks and forests.

More than 90 per cent of the respondents said they believe forests, parks and gardens have a positive effect on quality of life, with 89 per cent going so far as to call them a human right.

But despite this, the time people spend in green spaces is decreasing all over the world, with people in five of the nine countries studies spending less “forest time” than five years ago. 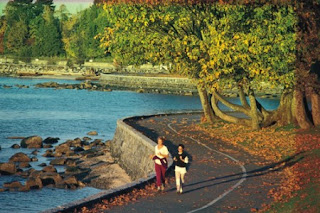 Of Canadians, 36 per cent say the time they spend in forests has decreased during the last five years, with 29 per cent saying the same about parks.

“It’s alarming,” says Scott Ride, president of Husqvarna Canada. “This is Canada … who would have ever thought we’d start ignoring our parks and forests, but we are.”

He says there has been a “sea change” from previous generations and the survey indicates the even the backyard is being ignored, with 74 per cent of the Canadians polled saying their kids spend less time there than they did as youngsters.

Local parks are faring no better, with 79 per cent of Canadian parents saying their kids spend less time in those green spaces than they themselves did as children.  Ride says he believes that the population has become too enamoured with the city and all its entertainment, as well as computers.

'The study says “distance from a park or forest” is the greatest obstacle to Canadians spending time in green space, with the number two reason being limited time due to workload.


But while some have distanced themselves from nature, many are seeking it out. The study found 39 per cent of Canadians would be willing to move from the big city to be closer to nature. 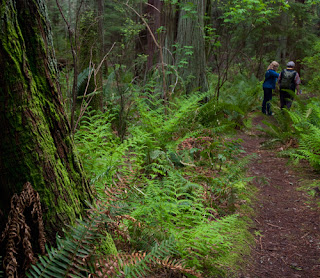 One who did is Keith Carman, 37, a musician and sales rep who grew up in Milton and couldn’t wait to get to Toronto, which he did in 1994. But after having his fill of hectic city life he moved with his wife and 11-year-old son to a 200-acre farm near Guelph last year.

“I feel grounded being here,” he says of his century farmhouse and surrounding land. “I have these beautiful sunsets that aren’t blocked by buildings and at night I have a dark sky full of bright, shiny stars.”

He says there are three different conservation areas within a 10 or 15 minute drive and that he hikes, canoes swims and explores, not to mention the camp fires and adventures he has on his own land.

How do YOU feel about this?
Discussion/writing questions

With your group plan a park for your city that would contain areas and activities for all age groups, very young children, children, teenagers, adults and seniors.

Did you enjoy this post? Share the love! Send it to a friend or put it on your Facebook page.
Become a supporter  ( go to the top right hand corner) It's free!.
or
Leave a comment in the box below.


Posted by Michelle Morissette at 7:57 PM