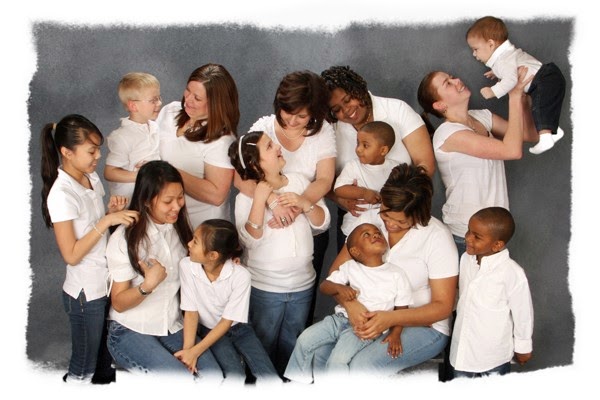 Many people don 't completely appreciate just what a mother is and does until they become parents themselves.

Over the years many songs have been written to celebrate and praise mothers for the major roles they have and continue to play in our lives.

Here are five songs  that focus on the different roles mothers play in our lives. All of them include a variety of listening, reading, writing, and discussion activities. Some songs even include a few grammar activities.  Enjoy them on your own or with your class.

Several years ago, Anita Renfroe, a suburban mother from Atlanta Georgia wrote down all the things she catches herself saying to her children every day.

She arranged them into a long list and set them to the music of Rossini's William Tell Overture. Finally, she performed the song at her church on Mother's Day

Before you listen:
While and After You Listen:
Discuss:

1.  Do you think mothers from different cultures are the same or different?  Why? Discuss what
all mothers  have in common and what some of the differences might be?  .

2.  Discuss the role and behaviour of mothers across several generations. For instance, if you
are a mother, in what way are you different than your own mother. How is she different than herr mother? Try to list ways and examples as you can.

3.  If you are a young person, would you raise your children in the same way your mother raised
you, or would you do things differently? If so, what specific things would you do differently and
why?

1.  Write a composition on the similarities or differences between  mothers in two different
cultures

2. Write a composition on the differences between mothers of two generations: between you   and your mother or between your mother and her mother's generation. Support your points with specific examples.

3. Write a composition on the differences between the way your mother raised you and the way you plan to raise any future children you might have. Be specific about what you would do    differently. Gives reasons and examples to show exactly what you mean.

Taylor Swift is a famous country singer who became a major success at the age of 15. At the age of 16, she wrote this song as a love letter to her mother, Andrea Swift, who usually traveled with her while she was on tour.

The song itself is from the point of view of a child and adolescent, and  focuses on the small things that mothers do that we often take for granted.

Swift, says that  she wrote the song as a "secret " Christmas gift  for her mother.

She adds that when she began playing the song on Christmas day, " my mother had no idea it was me singing for the first half of the song. But, she just broke down crying when she realized I had done the whole thing to surprise her. It was a really cool moment."

Swift can no longer play this song when is on tour because her mother always breaks down in tears backstage every time she plays it.

When I was growing up, this song by Bl,J. Thomas was very popular, particularly around Mother's Day.   The slide show on the video represent what the 1950s and 1960s  looked like in North America so well that they could be about my own childhood.

I have included several activities for this song: a listening gap fill, a vocabulary exercise, a grammar activity and discussion questions.  Enjoy.

This is a very sentimental song about the importance of mothers.  Do any of you feel this way?

The video from this song is different than the others. Listen and watch. Then answer the following questions with a friend, member of your own family or a group.