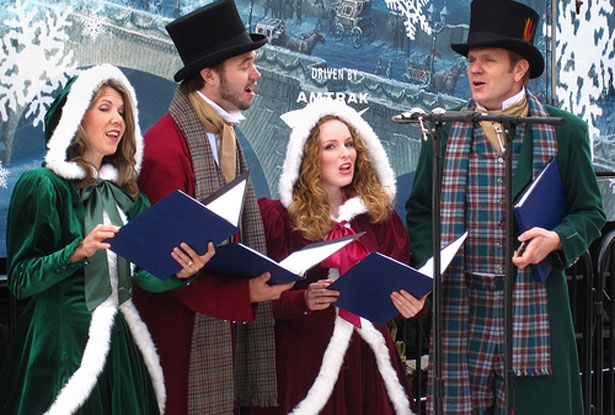 Many of you  may not celebrate Christmas as a religious holiday. But that should not  stop you from enjoying the many non-religious traditions associated with Christmas,   or "holiday season" as some politically correct  places have chosen to call Christmas .

In fact, this is excellent time to have fun practicing your English with Christmas activities both in the classroom and at home - with your friends, families and children.


Get into the spirit of Christmas by singing

One of my favourite activities during the Christmas season is singing Christmas songs and carols.  In fact, one of my earliest memories is sitting outside my parents' bedroom door at 6 a.m. on Christmas morning singing "Santa Claus is Coming to Town."

There are hundreds of wonderful songs you can listen and sing along to. Some are traditional carols that focus on the religious aspect of Christmas. Others are popular songs that focus on what Christmas means for many different people: family, friends, home, snow, magic....

During the next few weeks, I will be posting a variety of Christmas activities to help you practice your English. Today, I will begin with a few famous Christmas songs that you may or may not already know.

Listen to the songs. Fill in the blanks. Then sing along as many times as you can.  It will help you improve your listening, speaking, pronunciation and even your vocabulary. 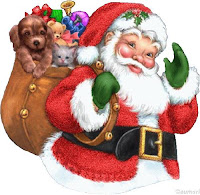 Santa Claus is Coming to Town

This song was originally written for children in order to warn them to be good boys and girls if they wanted to get presents from Santa Claus. The song has now been turned into a pop song that also appeals to young people and adults. Many different artists have sung it, but these days, Justin Bieber's version is the most popular one.  I have added the children's sing-along version as well.  Try singing along with both versions. 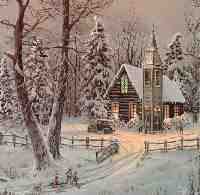 If you don't live in a winter climate, this seems like an unusual song to sing at Christmas, but if you live in the northern part of North America, Christmas usually means lots of snow, and brings many happy memories for most people.  This version of "Let it Snow" by Dean Martin has always been a huge favourite for millions of people in North America.   I hope you enjoy it. 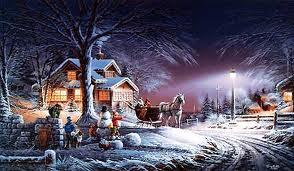 Winter Wonderland
Richard Smith, a young man suffering from turberculosis wrote this song  from his bed in a sanatorium.  Looking out the window, he saw people playing in the park and wished that he too could be out enjoying himself in the freshly fallen snow. He wrote a poem describing all the things he would do when he was healthy again.  His friend, musician Felix Bernard put the words to music and Winter Wonderland was released in 1934. It was immediately successful. To this day more than 200 artists have covered the song. Unfortunately, Smith saw little of this success. He died of his illness just a year after the song was releassed, the day before his 34th birthday.


Jingle Bell Rock is a dance party song written in the 1950s when rock and roll was still very new. It immediately became popular because it was such a happy song and was so much fun to sing and dance to. It still remains very popular and almost everybody in North America knows the word by heart and can sing along to the words without looking at a piece of paper. Try singing along. You'll love it.


Rockin Around the Christmas Tree
Brenda Lee’s version of the song—unquestionably the best version—was performed and recorded when she was only 13 years old.

Some will say that Brenda Lee invented the idea of dancing around a Christmas tree with her classic Christmas song, “Rockin’ Around the Christmas Tree.” However, this traditional way of celebrating has roots that are far older than the 1960’s.

In the 14th century, the tree was decorated will all sorts of sweets and cookies and small candles were placed in decorated eggshells among the boughs. On the 12th day of Christmas, traditionally believed as the day that the Magi arrived at the manger in Bethlehem bearing gifts, the Christmas tree was shaken and all of the treats and candy would fall out of the boughs and onto the floor. The children were then allowed to eat everything that fell out of the tree and usually resulted in a sugar rush that saw the children dancing and rocking around the Christmas tree for the rest of the evening.

If you enjoyed this post, invite your friends and family to join in the fun, or post this to Facebook or any other social site you belong to in your own country.


What are some of YOUR favourite Christmas songs and activities that you would like to see here? Why do you like them?


Posted by Michelle Morissette at 1:12 PM