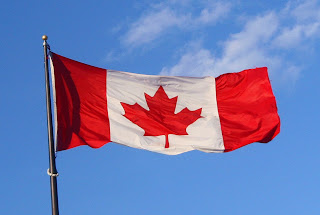 Canada might not be very old, but during its 147 years, it has made a number of contributions to the world.

In honour of Canadian History week, here's a Canadian trivia reading quiz to test your knowledge.  First, try the pre-reading activity to find out how much you know already. Then, see how many questions you got right.

Later, discuss and write about some of the most important inventions ever made. Would your life be any different without them?

From Anne of Green Gables  to the zipper, hockey to the hydrofoil hydrofoil, here's a list put together by The Hamilton Spectator. Some things that are precious to Canadians may cause others to scratch their heads.

You may not have eaten poutine unless you’ve traveled to Quebec or Ontario, while Timbits  and double doubles  may sound like gobbledygook  outside our borders.  Have a look.


Before you read:  How much do you know  already?


1.    In your opinion, what is the most important thing Canada has contributed to the world? Give reasons. If this thing had
not been invented, how would life be different?

2.    Rank your top ten inventions from Canada from 1 to ten. Be prepared to explain your
reasons.

3.    Which 5 things have actually made a real difference in people's lives?

4.  What would life be like now, if we didn't have the "zipper," the light bulb, penicillin,
or insulin?

5.  What is the most important thing YOUR country has contributed to the world. Explain
your choice and why you think it is so important. In what way has this changed the way
people live, think or feel?
6.   Which of the following three  has been the most important to mankind: the wheel,
electricity, or the printing press? Explain your reasons.

7.  What is the most important medical discovery ever made? Give your reasons?


8.  Choose the ONE  modern convenience you could NOT live without: the cellphone, the
computer, modern transportation (the bus, the subway, the automobile), the refrigerator,
or the battery.


9.  The Canadian beaver is an important symbol for Canada because it shows that we are
a hard working, industrious people. What symbol best represents you country? Why?
What does it mean?

10. What colour best represents your country? Explain. What does it symbolize? Give
examples.

Posted by Michelle Morissette at 10:46 AM